I love Reiki energy and often use it during sessions in conjunction with other modalities. The energy is often described as a nurturing, glowing radiance that flows through and around a person receiving the energy. People report feelings of balance and harmony in the body, their emotions, and mind while experiencing a sense of spiritual calmness and centering. Some of the other beneficial effects include a deep feeling of relaxation, peacefulness, as well as a sense of wellbeing. Many people report feeling a warmth from a practitioner’s hands as the energy flows. Additionally, many children, as well as animals, respond naturally to Reiki energy.

Reiki (pronounced “ray-key”) is an ancient form of hands on healing. Reiki means “Universal Life Force.” The word Reiki is made of two Japanese words - Rei which means "God's Wisdom or the Higher Power" and Ki which is "life force energy." This is considered to be an imperfect translation due to the subtle meanings and complexities that don’t translate well from Japanese to English. Regardless, it is considered to be a valuable, holistic therapy that works on the physical, mental, emotional, and spiritual planes as well as karmic and etheric levels. 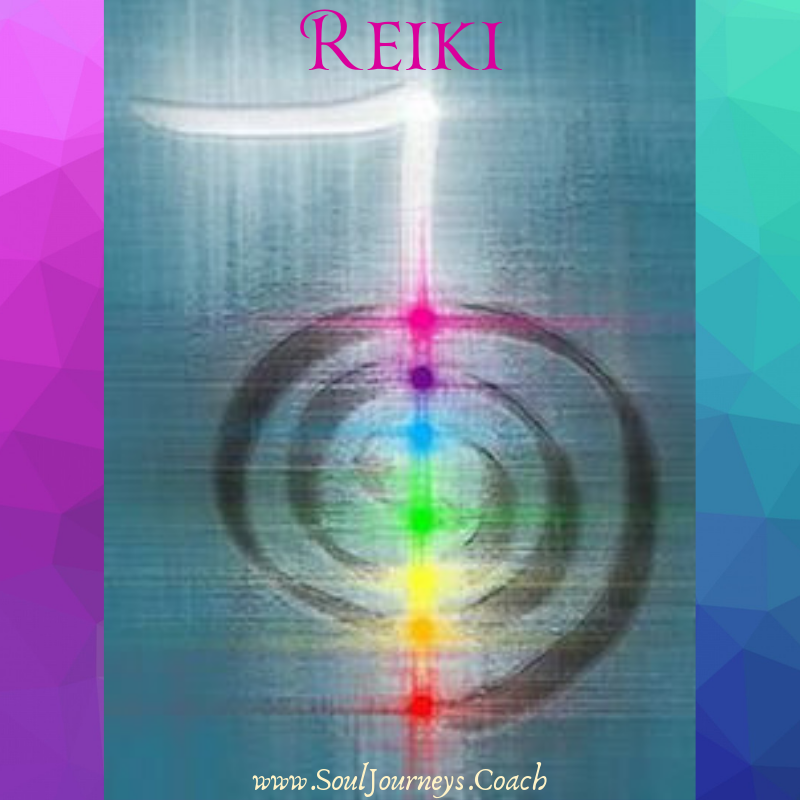 There is actually fascinating folklore regarding the Reiki traditions and the Masters that are credited with continuing this healing system which you can discover on The International Center for Reiki Training website. The traditional story says Reiki emerged in Japan in the late 1800's with Mikao Usui, a Christian minister. He postulates that this was the sacred healing method Jesus used for his healing ministry. His successor was Chujiro Hayashi, and then was passed to Hawayo Takata who continued the legacy of the Reiki traditions which then spread globally.

Reiki is administered by the "laying on of hands" in key areas of the body. It is based on the idea that an unseen "life force energy" flows through the practitioner and into the client to balance one's "life force energy" which enhances the energy field on all levels. Reiki is often described as a universal, divine healing energy that is guided by the Higher Intelligence, or spiritually guided life force energy. Reiki energy seems to have an intelligence of its own, flowing where it is needed in the client and creating the healing conditions necessary for whatever the individual’s needs are.

The Foundational understanding in Reiki practice is that the source of health comes from the Ki that flows through and around the individual rather than from the functional condition of the physical organs and tissues. It is Ki that animates the physical organs and tissues as it flows through them and therefore is responsible for creating health. Ki responds to one’s thoughts and feelings and can therefore also be weakened by the quality of one’s negative thoughts and feelings. Illness is considered to be a disruption in the flow of Ki or one’s vital force energy. Current science recognizes that the mind along with the nervous system, exists not only in the brain, but also through-out the body and into the auric field which radiates quite a distance from the physical field. So, these subtle energies are directly affected by the Reiki flow of healing energy.

My love of Reiki is honoring and holding the space for clients to receive the universal flow of healing energy, guided by the Higher Intelligence, which knows exactly where flow and how to respond to restrictions in the flow of Ki. This universal, divine healing energy works directly in the unconscious parts of the mind/body which contain negative Ki-inhibiting thoughts and feelings and returns the person to a balanced, healthy state. It’s a divine healing system.

You can find out more about which cookies we are using or switch them off in settings.

This website uses cookies so that we can provide you with the best user experience possible. Cookie information is stored in your browser and performs functions such as recognizing you when you return to our website and helping our team to understand which sections of the website you find most interesting and useful. Learn more about our Privacy Policy here.

Strictly Necessary Cookie should be enabled at all times so that we can save your preferences for cookie settings.

If you disable this cookie, we will not be able to save your preferences. This means that every time you visit this website you will need to enable or disable cookies again.